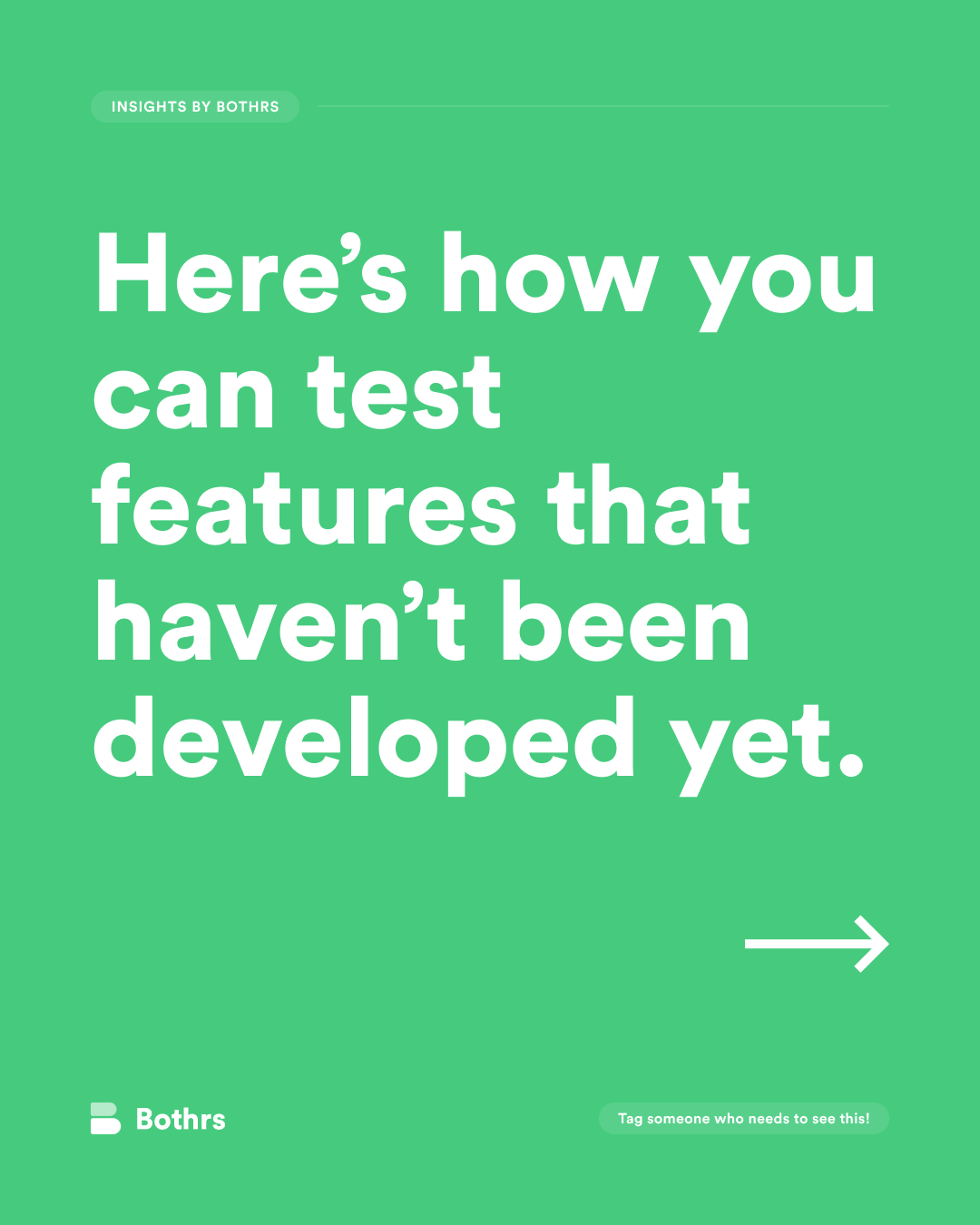 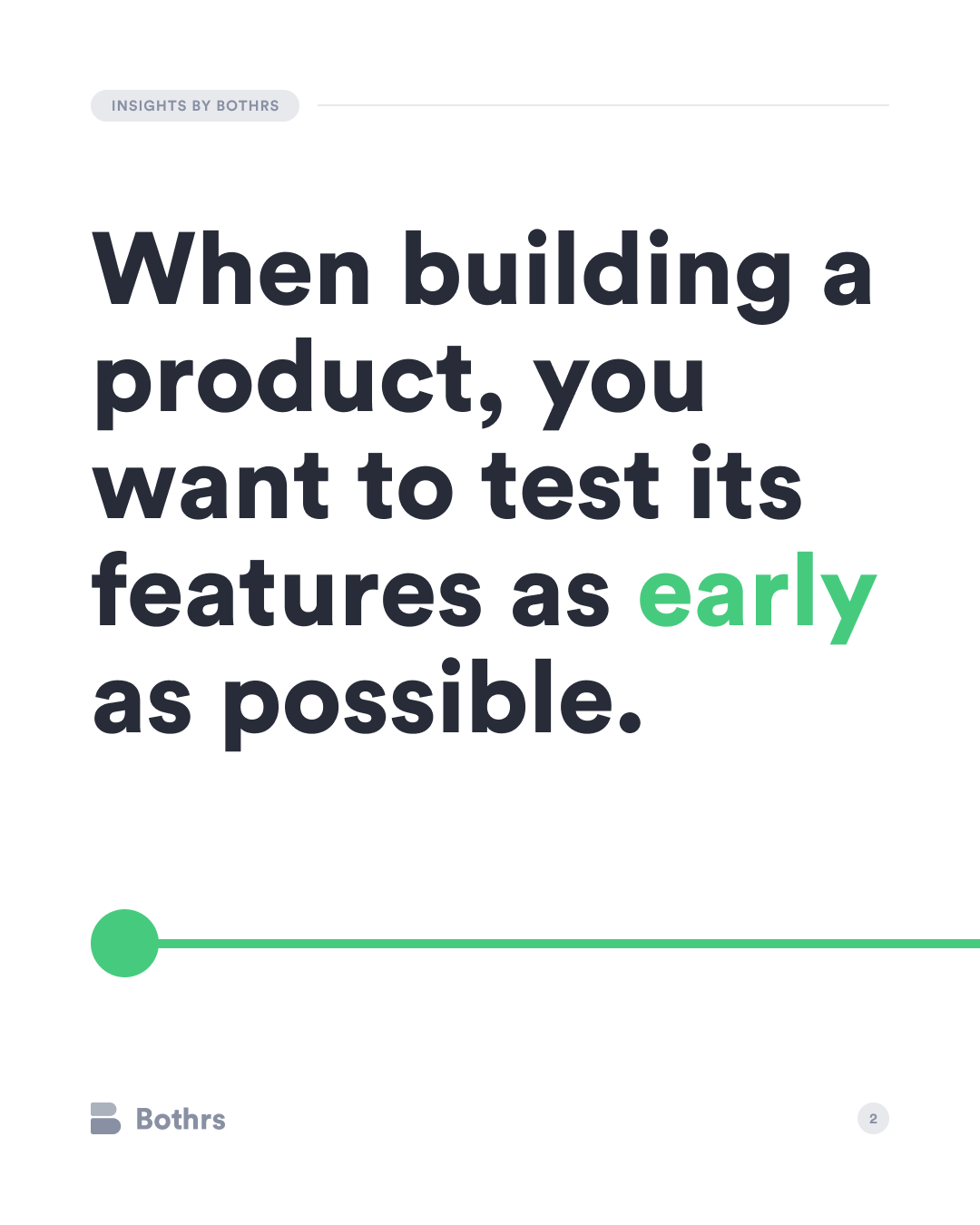 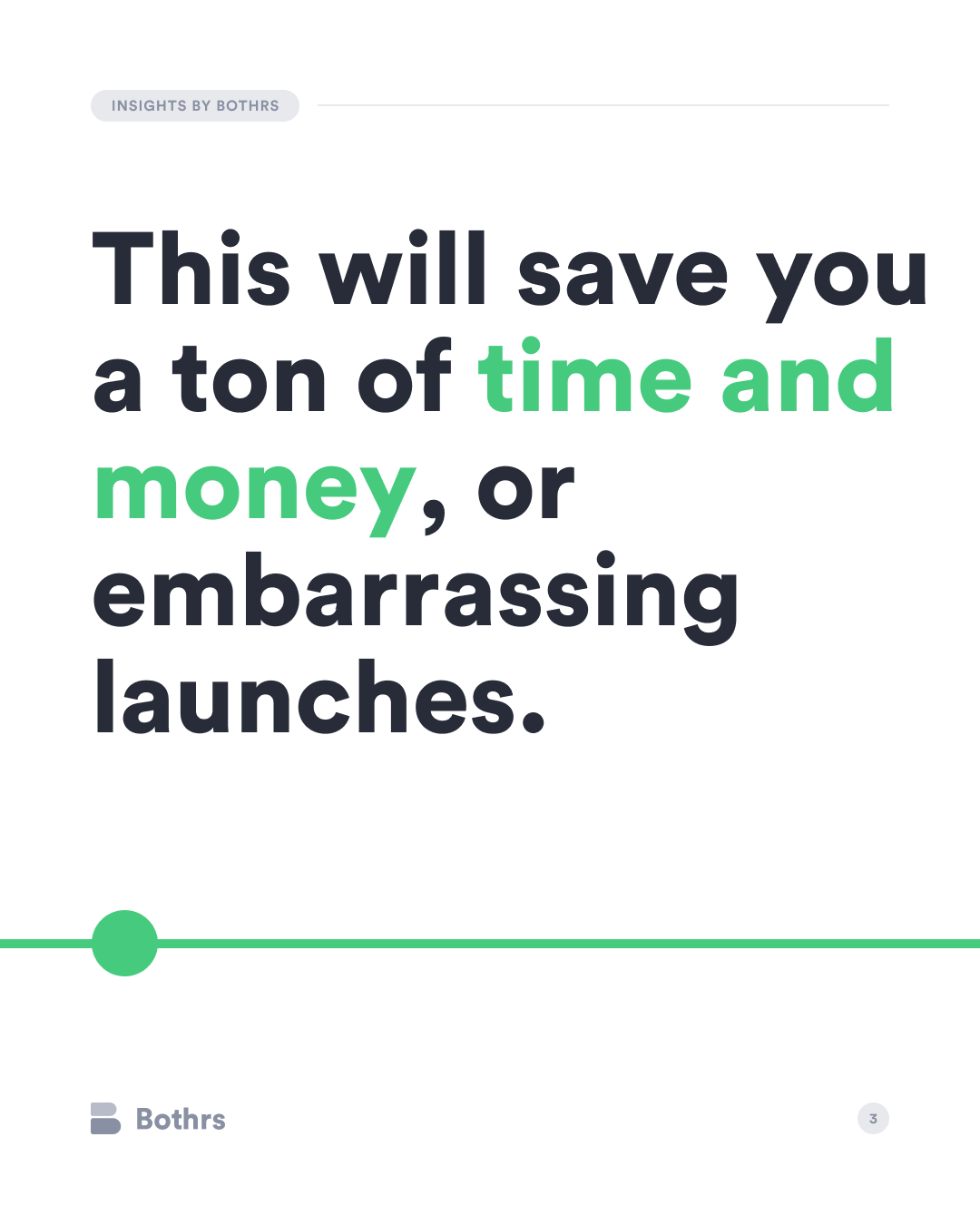 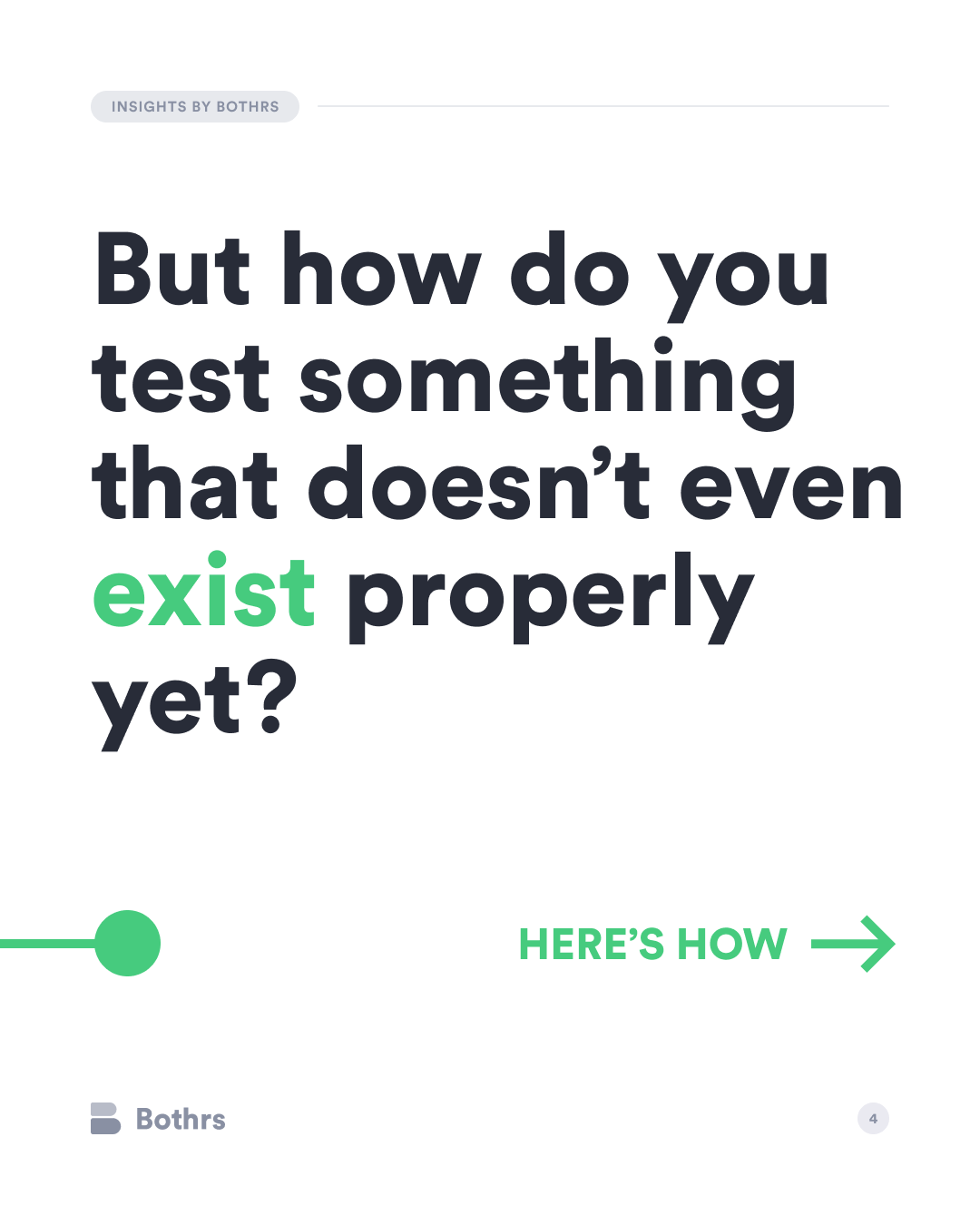 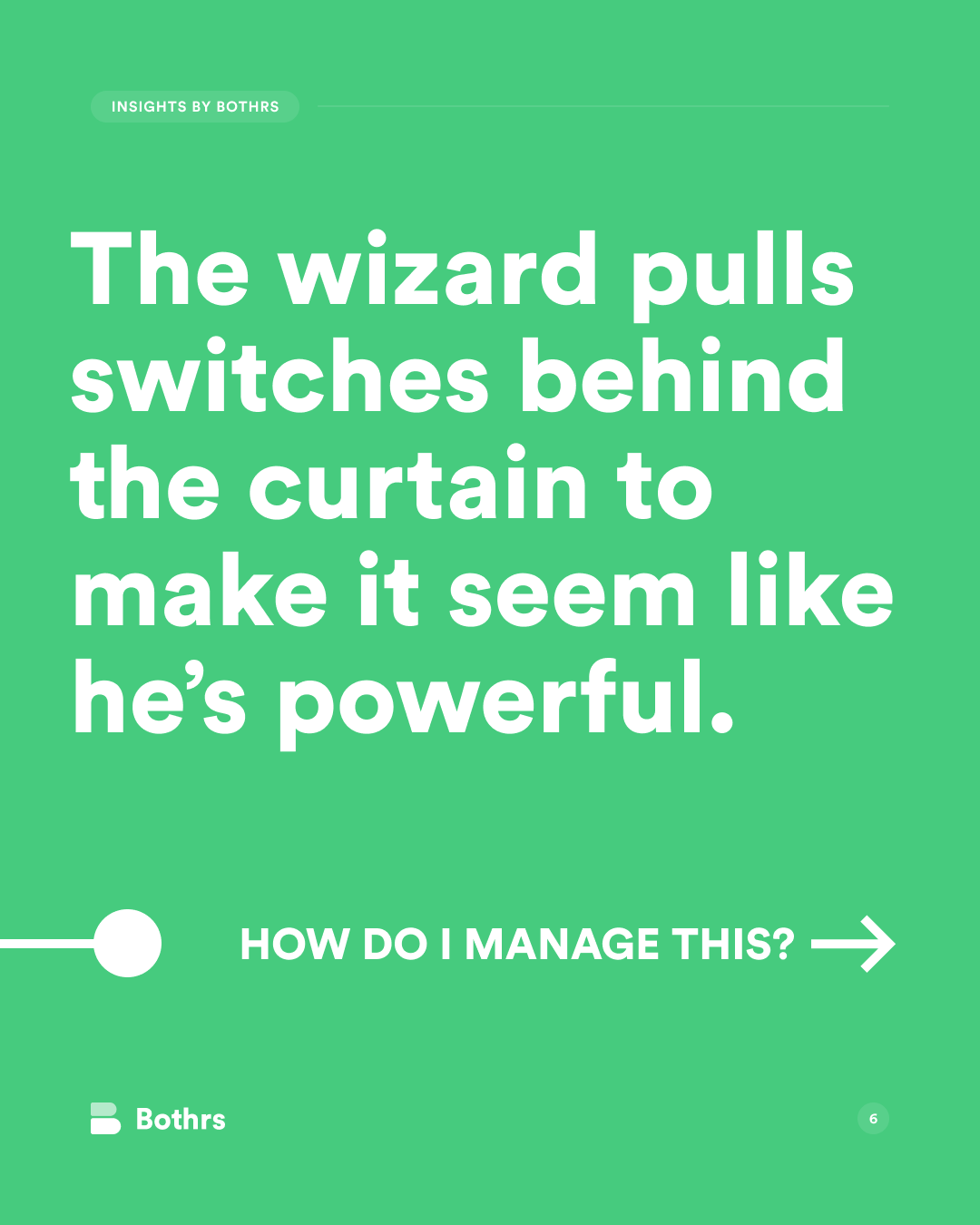 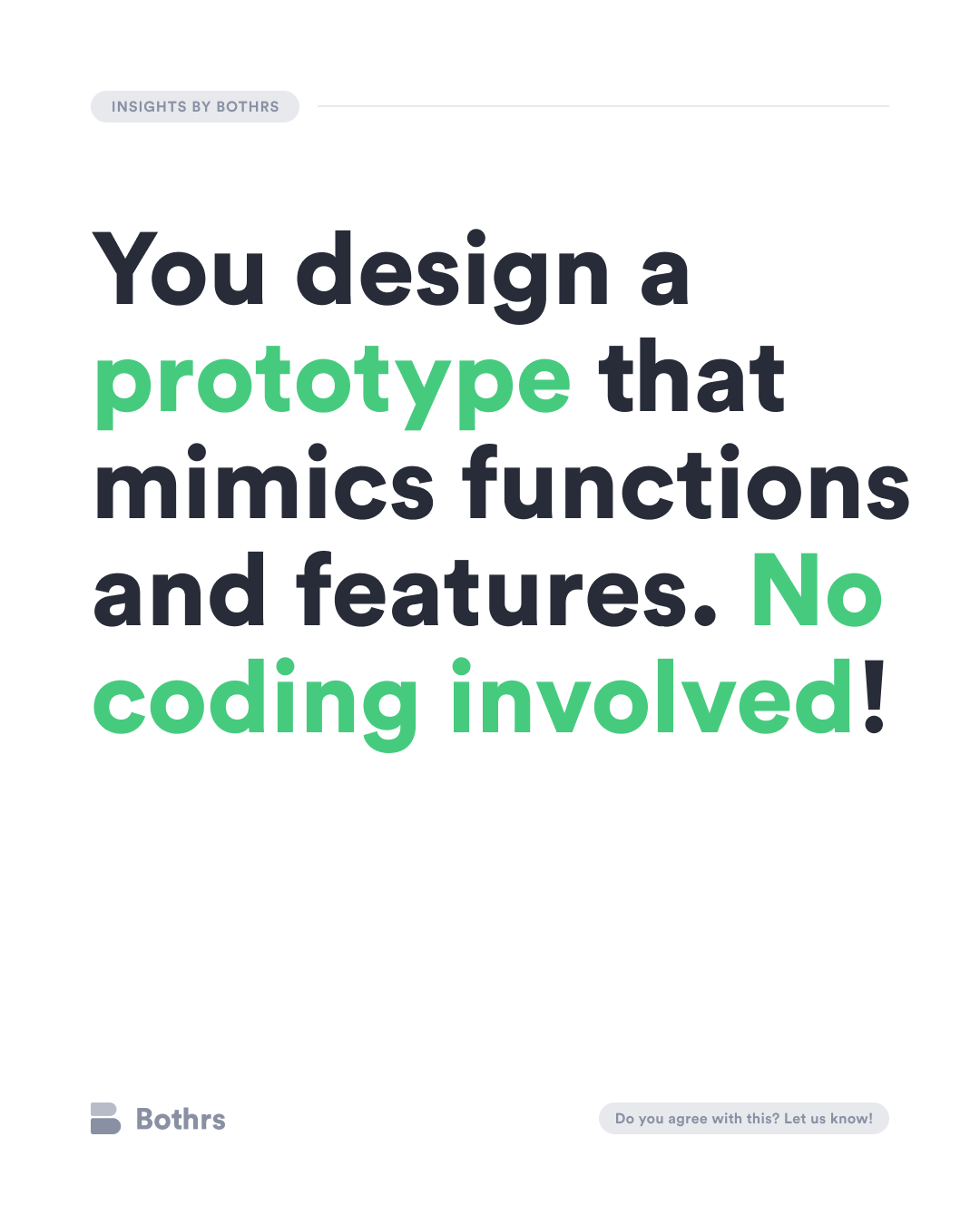 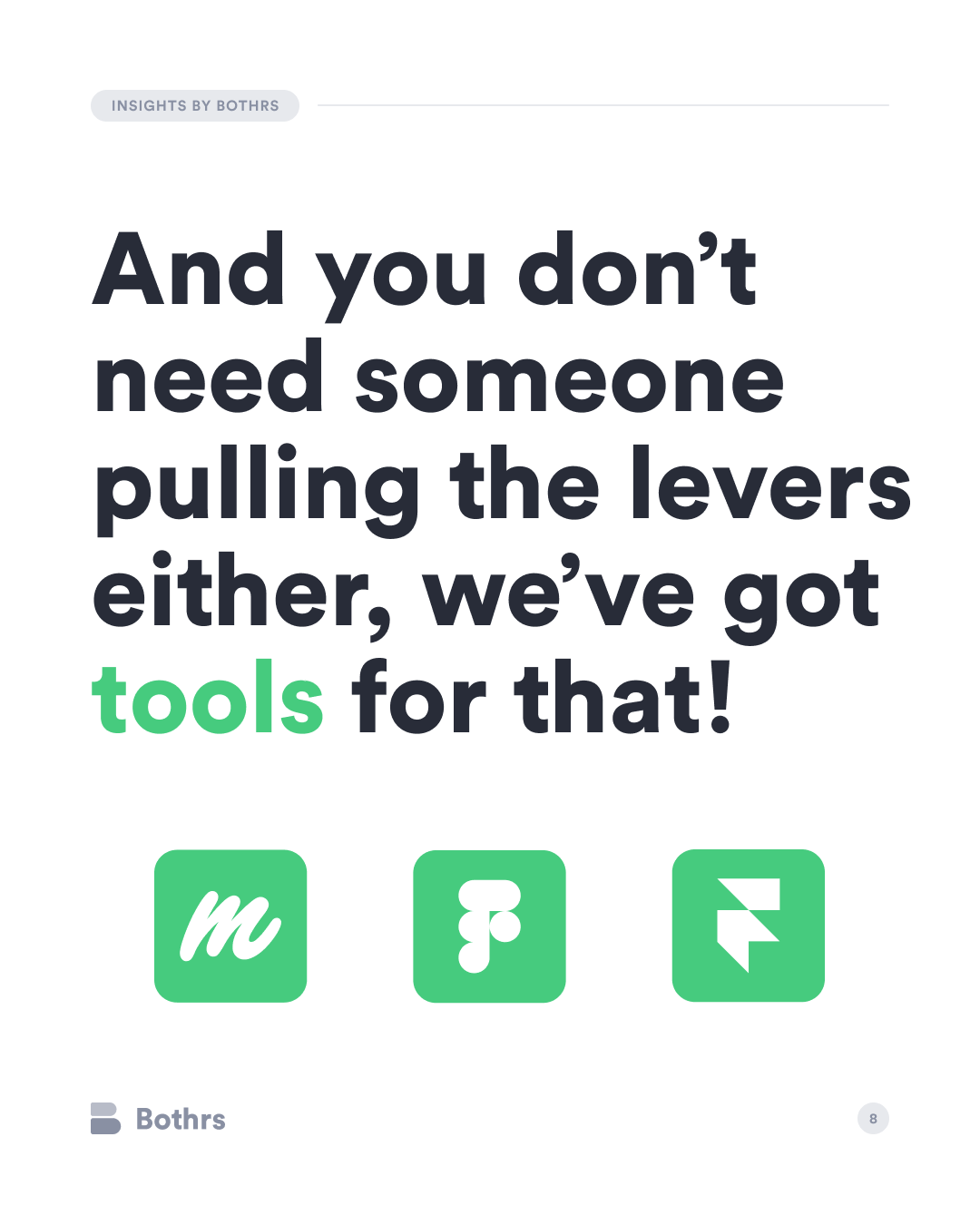 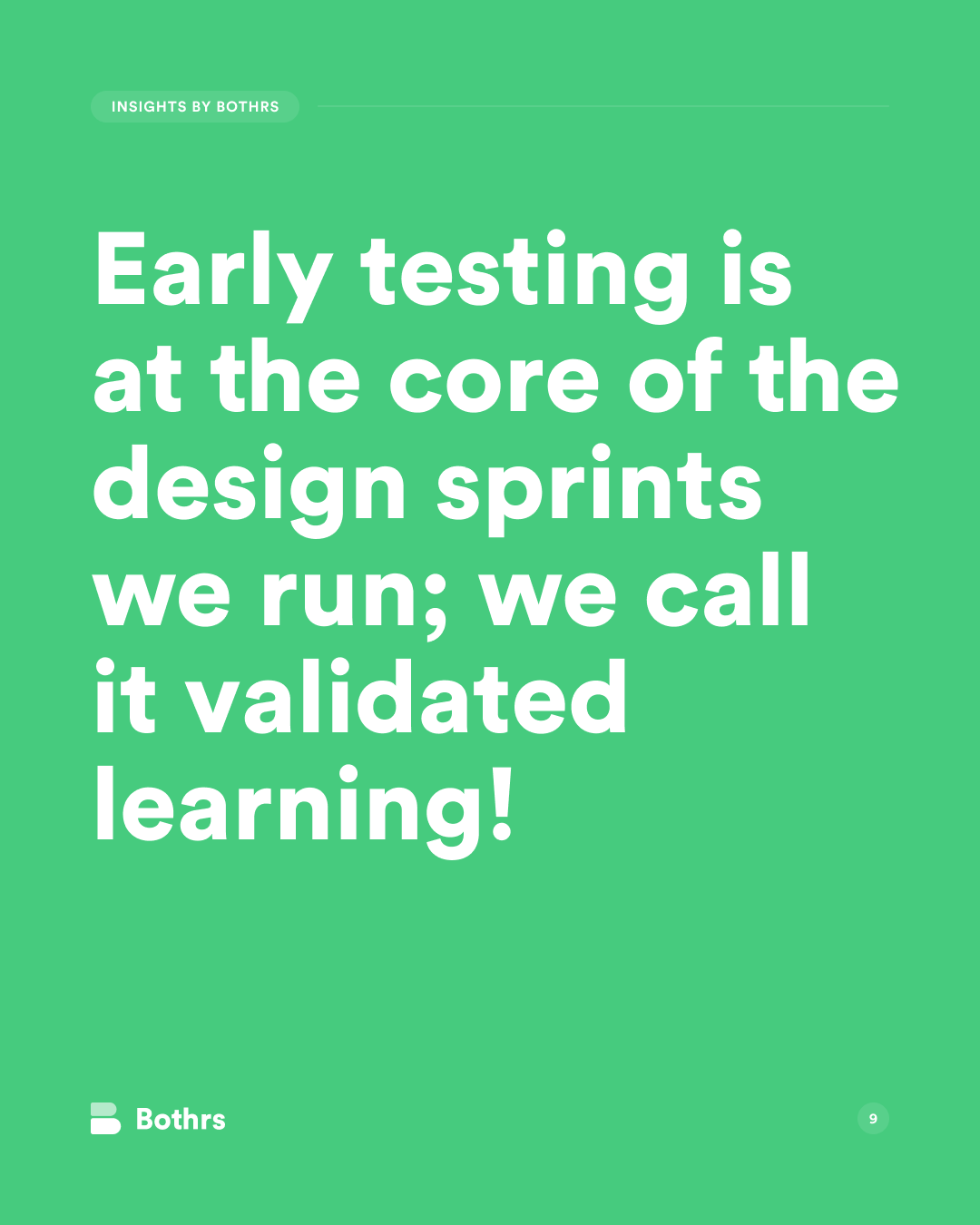 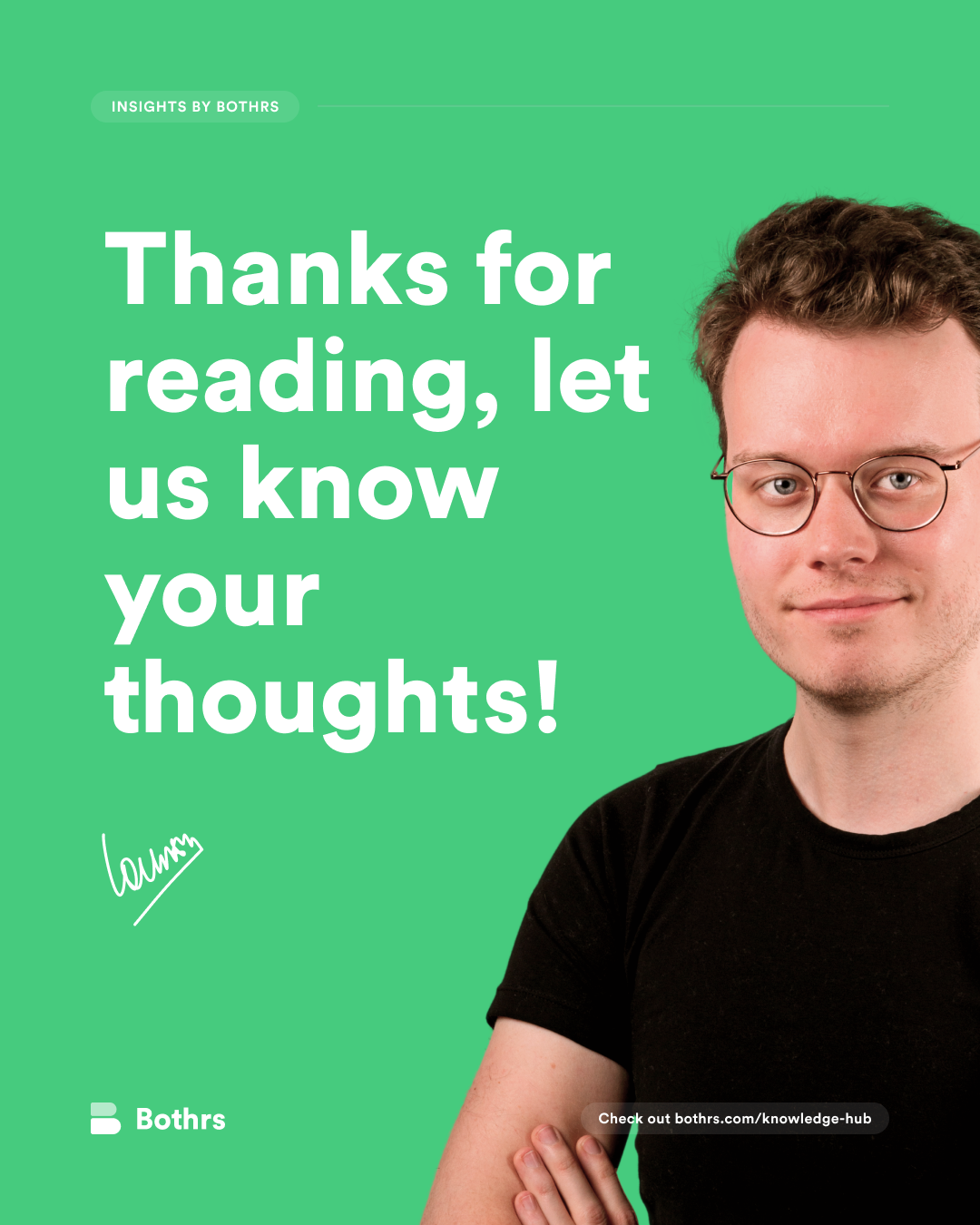 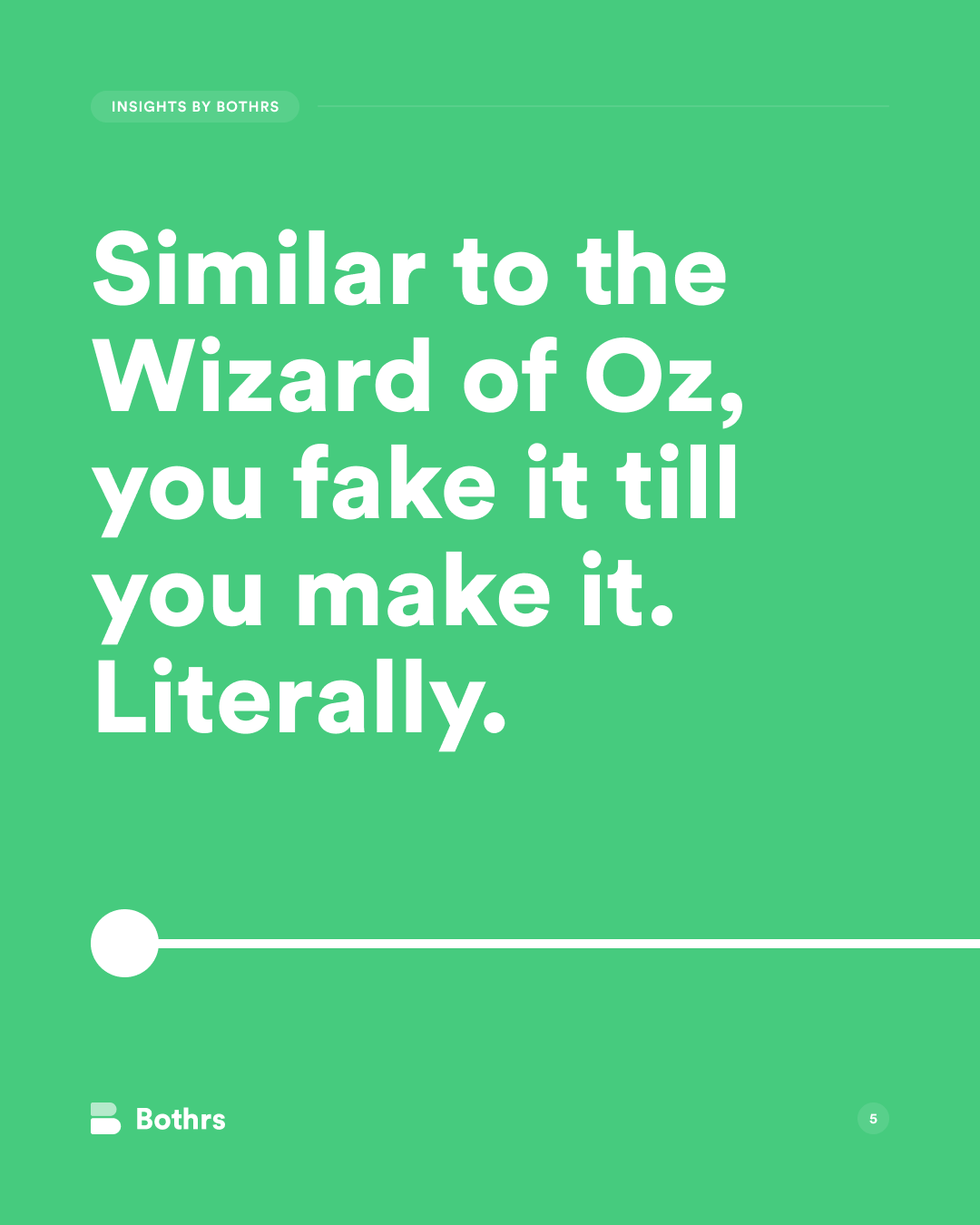 There's a lot of ambiguity behind the term 'prototype'. Rarely does it mean the same thing in every context. So let's start with why exactly we're out here building prototypes all the time 🔍

Clients come to us because they want to get started on a digital experience project, but don't know where to even begin. Fear of the unknown can be pretty debilitating (some of the best horror movies out there are built upon this idea) so people want reassurance, fast! 🥵

So what do we do? Say someone wants to build an app, no way in hell are we going to build the whole thing, and then come to the conclusion that it's a hot, stinky piece of doodoo to its end users 💩

Instead, we design a façade that looks and behaves like an app, but in reality it's just a bunch of images stitched together. It's phoney, hence the Wizard of Oz-analogy. And truth be told, that's really all you need to find out whether something will work or not 🧐

This is the end goal of any design sprint we run: validated learning. We build a prototype, bring in a handful of test users, and use their feedback for the next iteration 🚀

Here's how to create targeted experiments to spur growth in a week's time.

Here's how a digital product studio differs from a software company.

Here are the 5 most common reasons why digital products fail.

Here's how we go from idea to digital product in ecommerce and beyond.