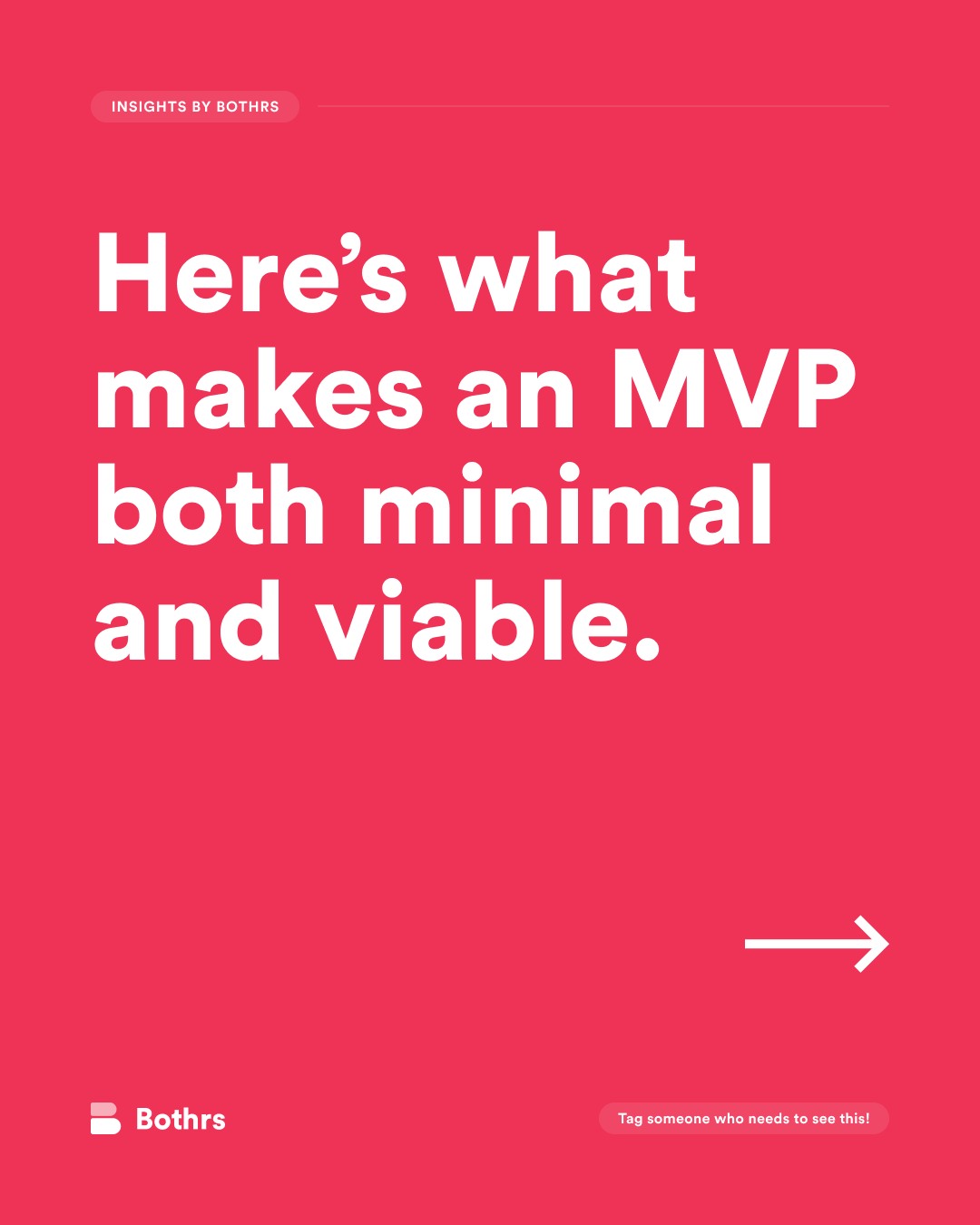 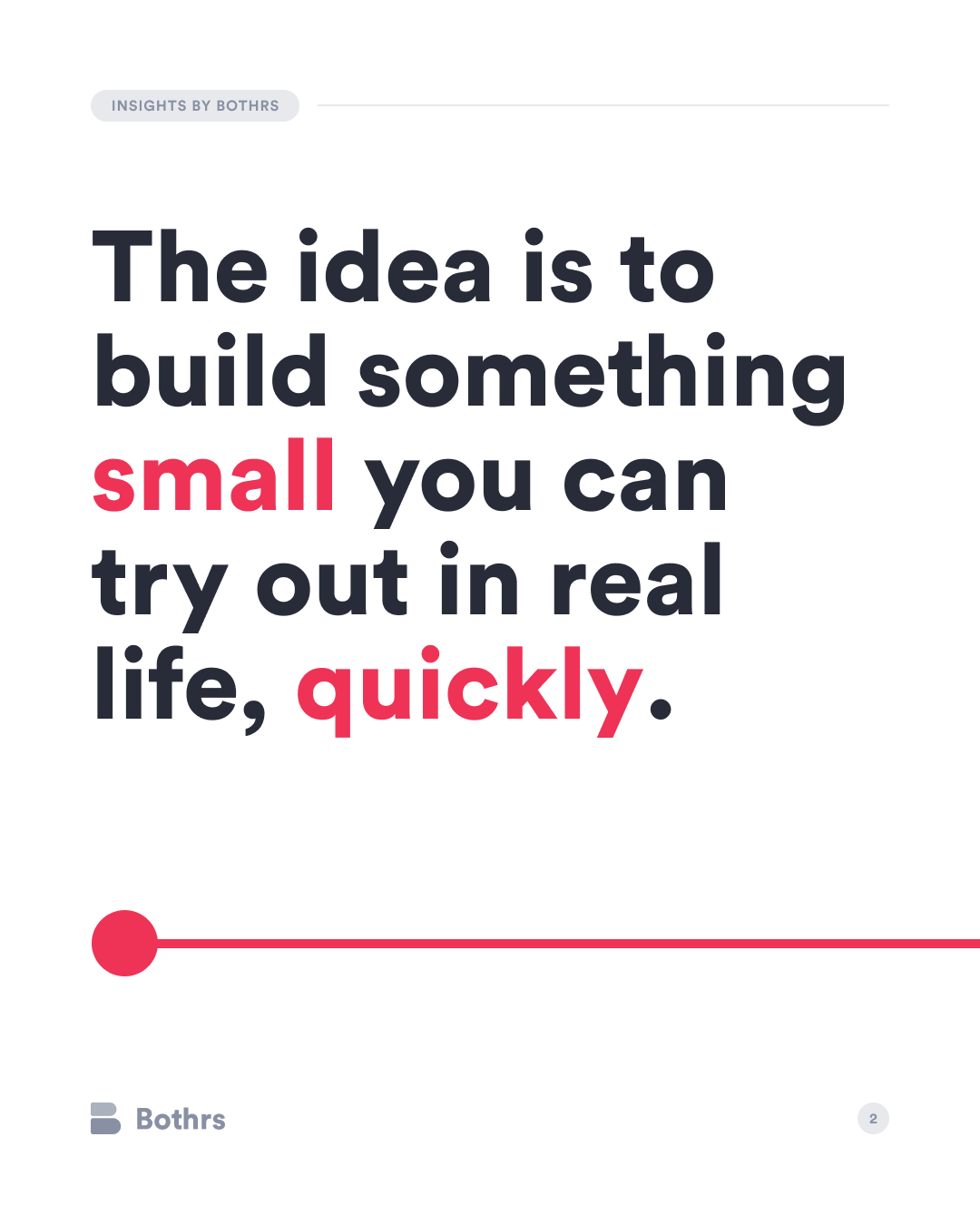 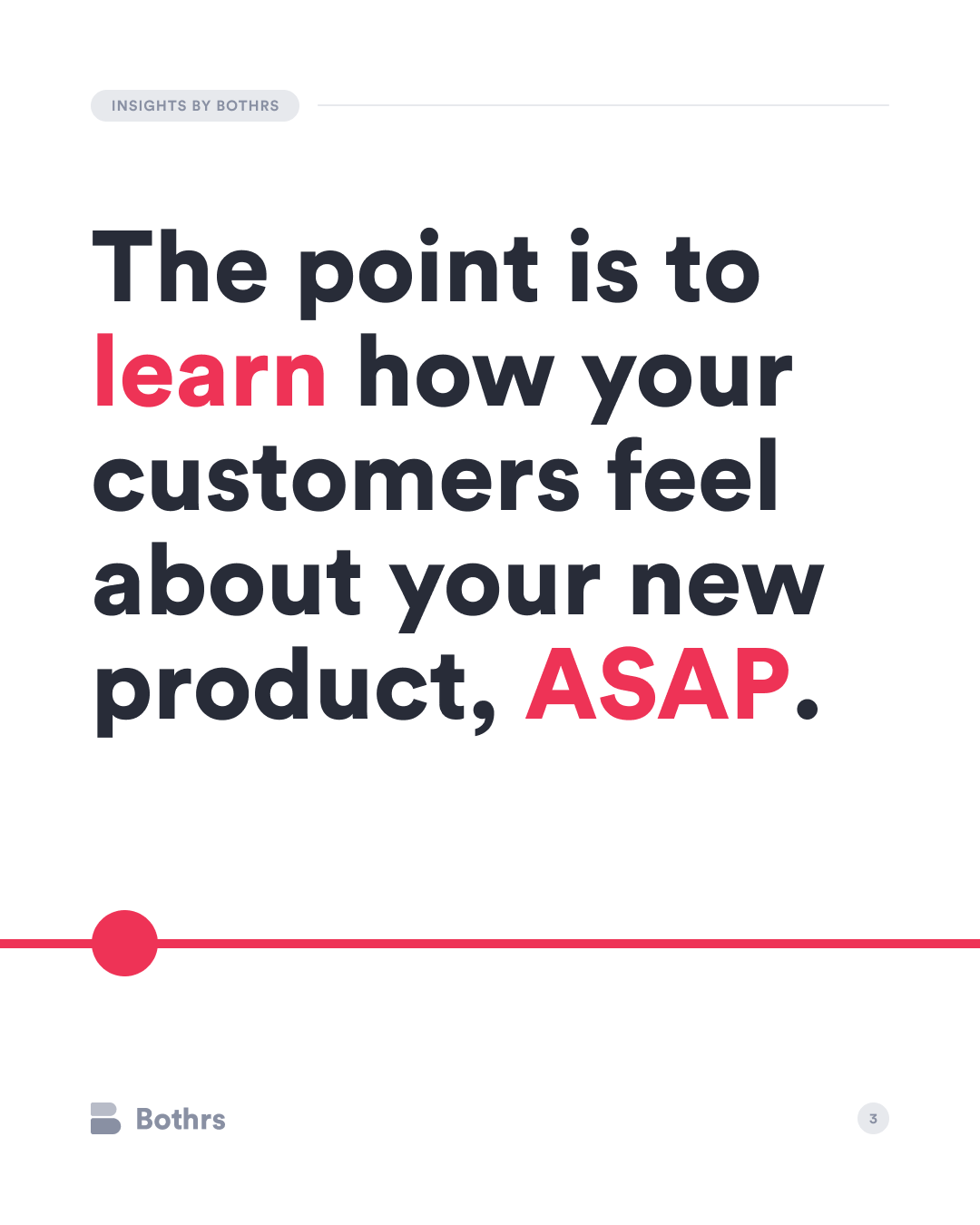 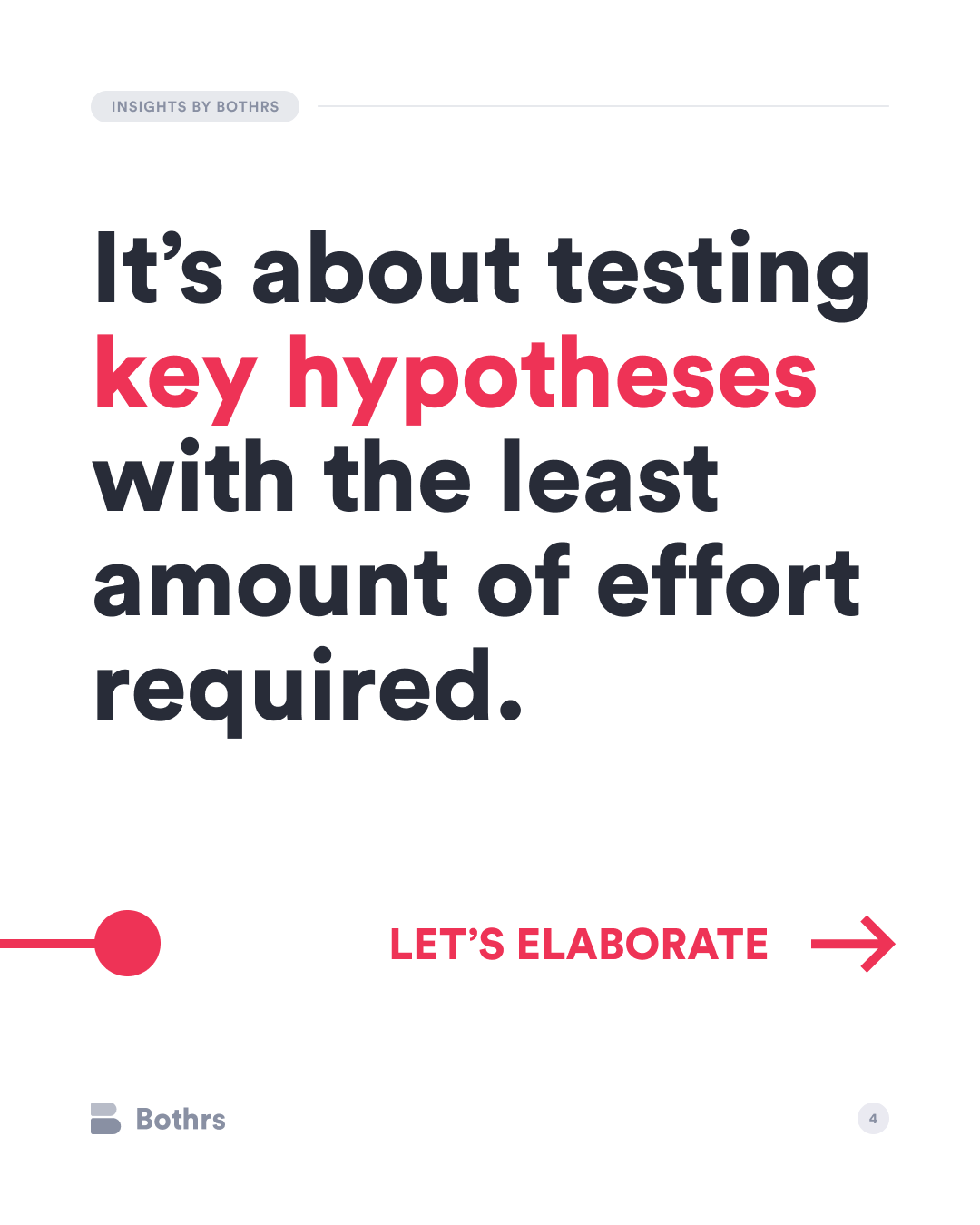 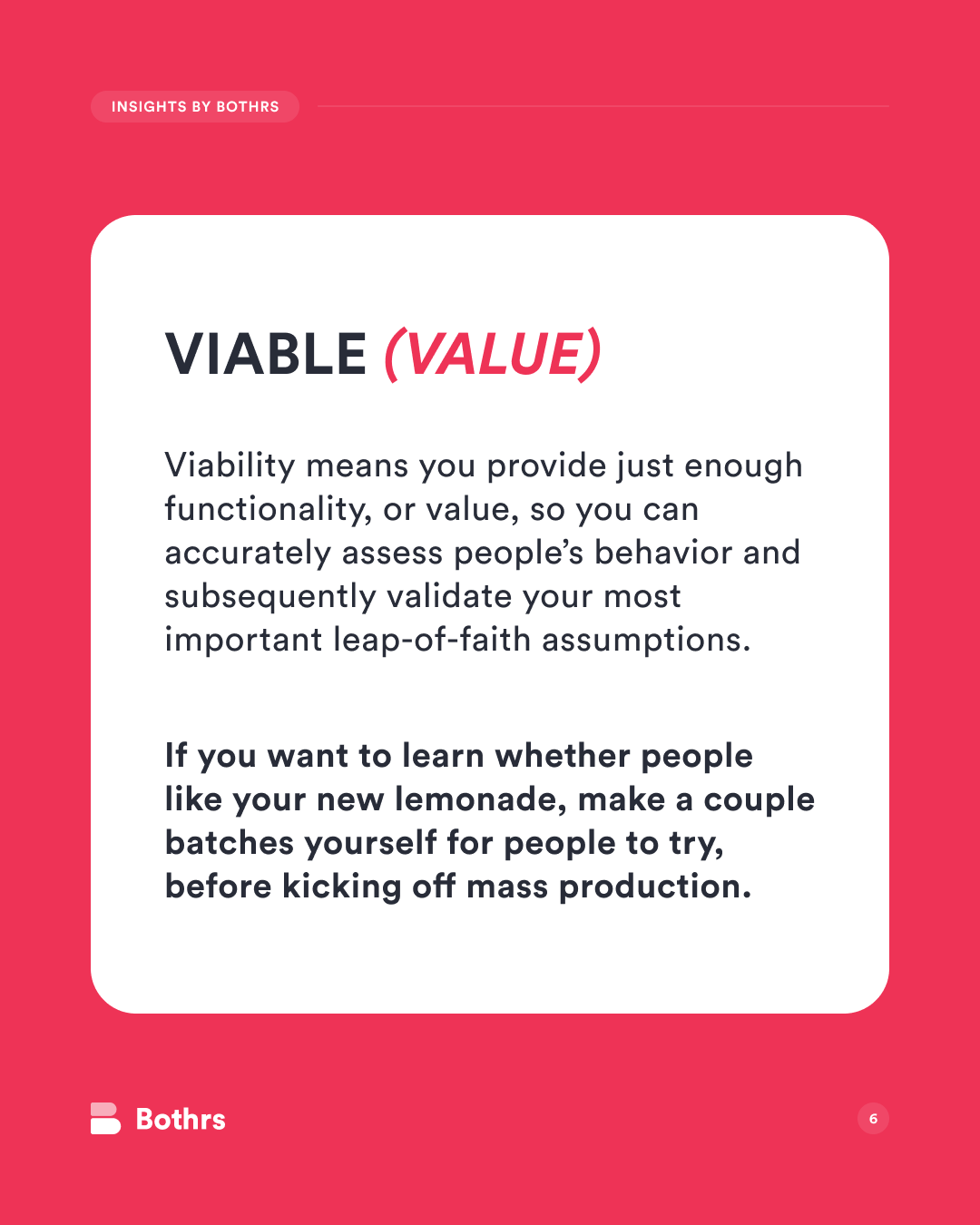 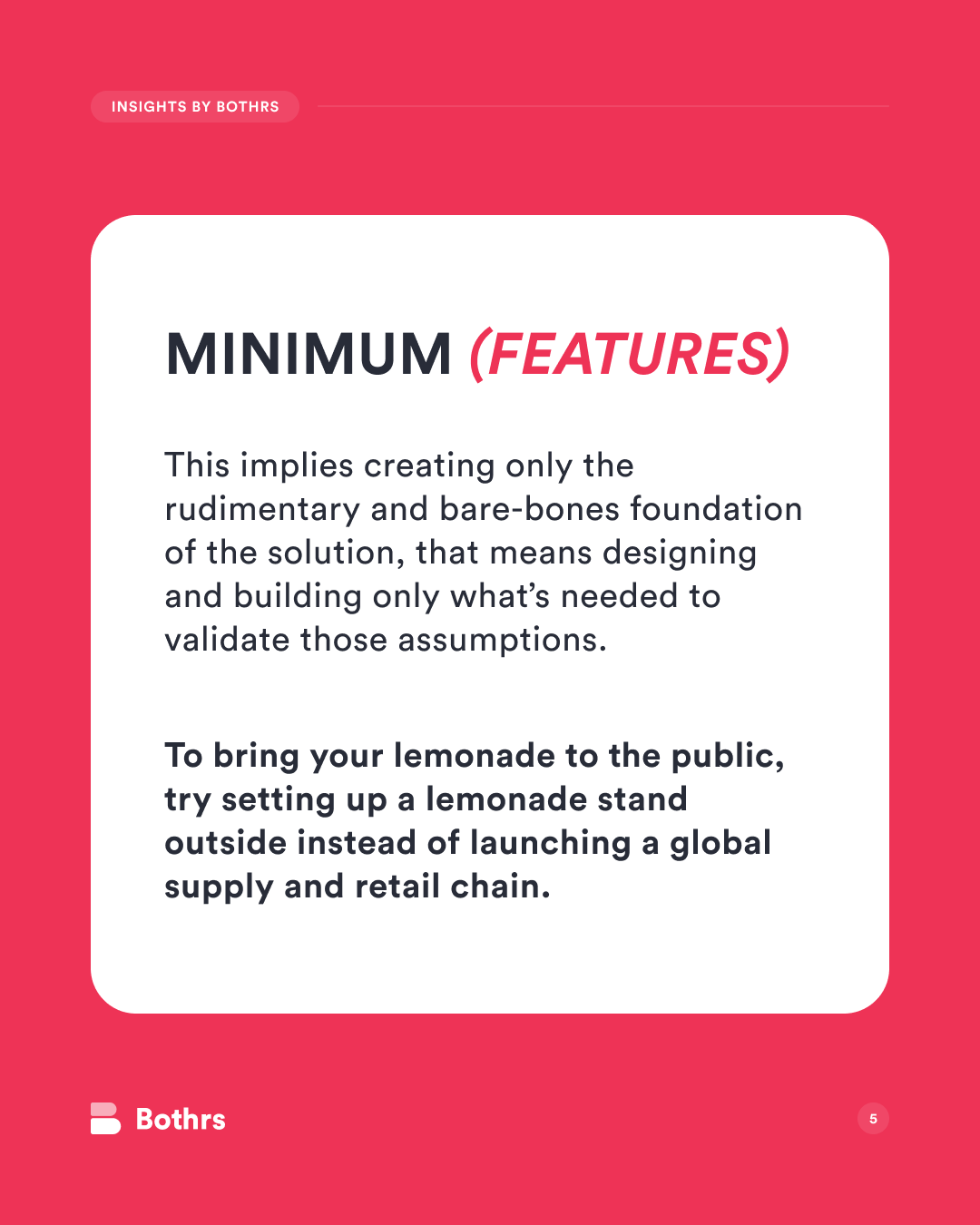 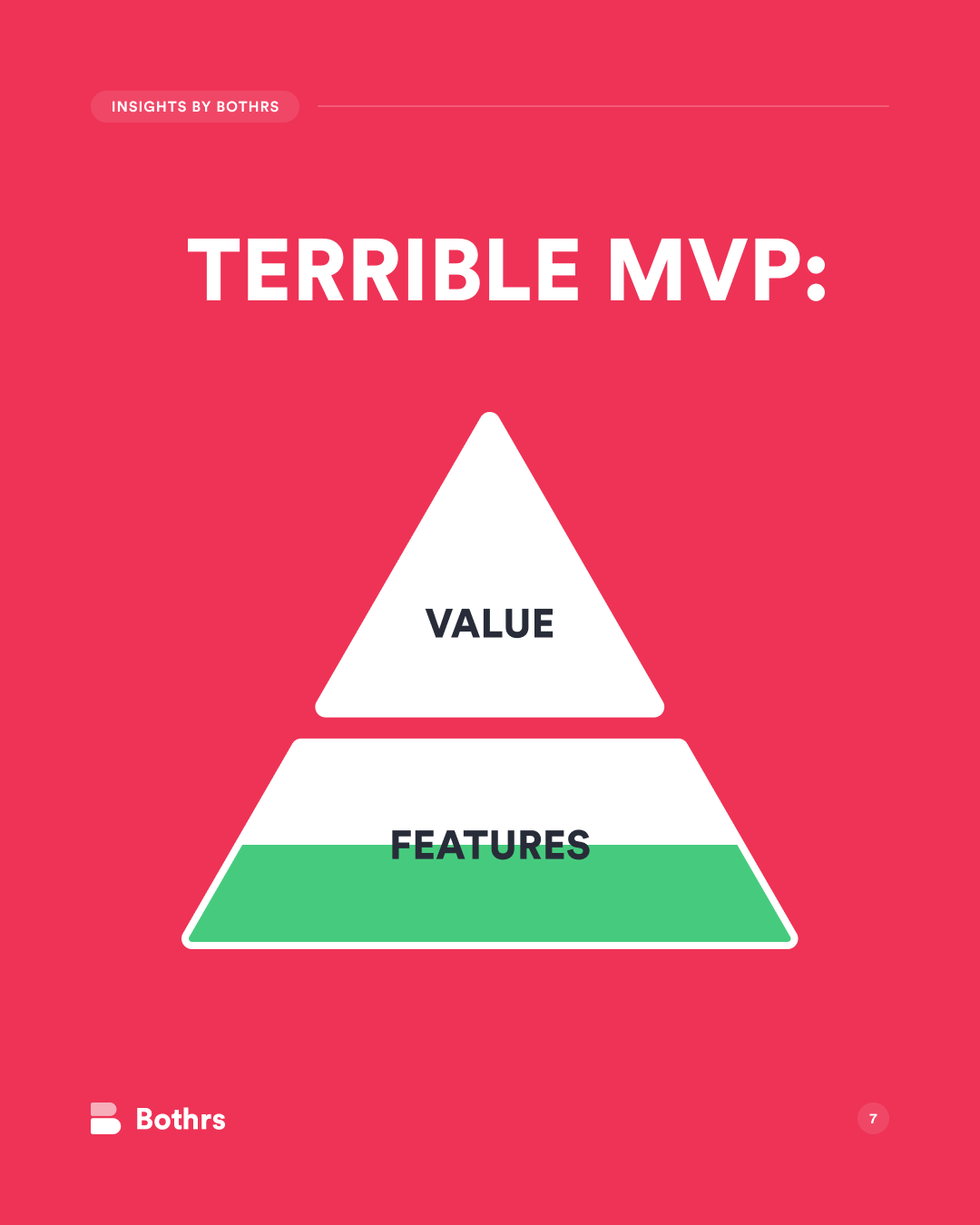 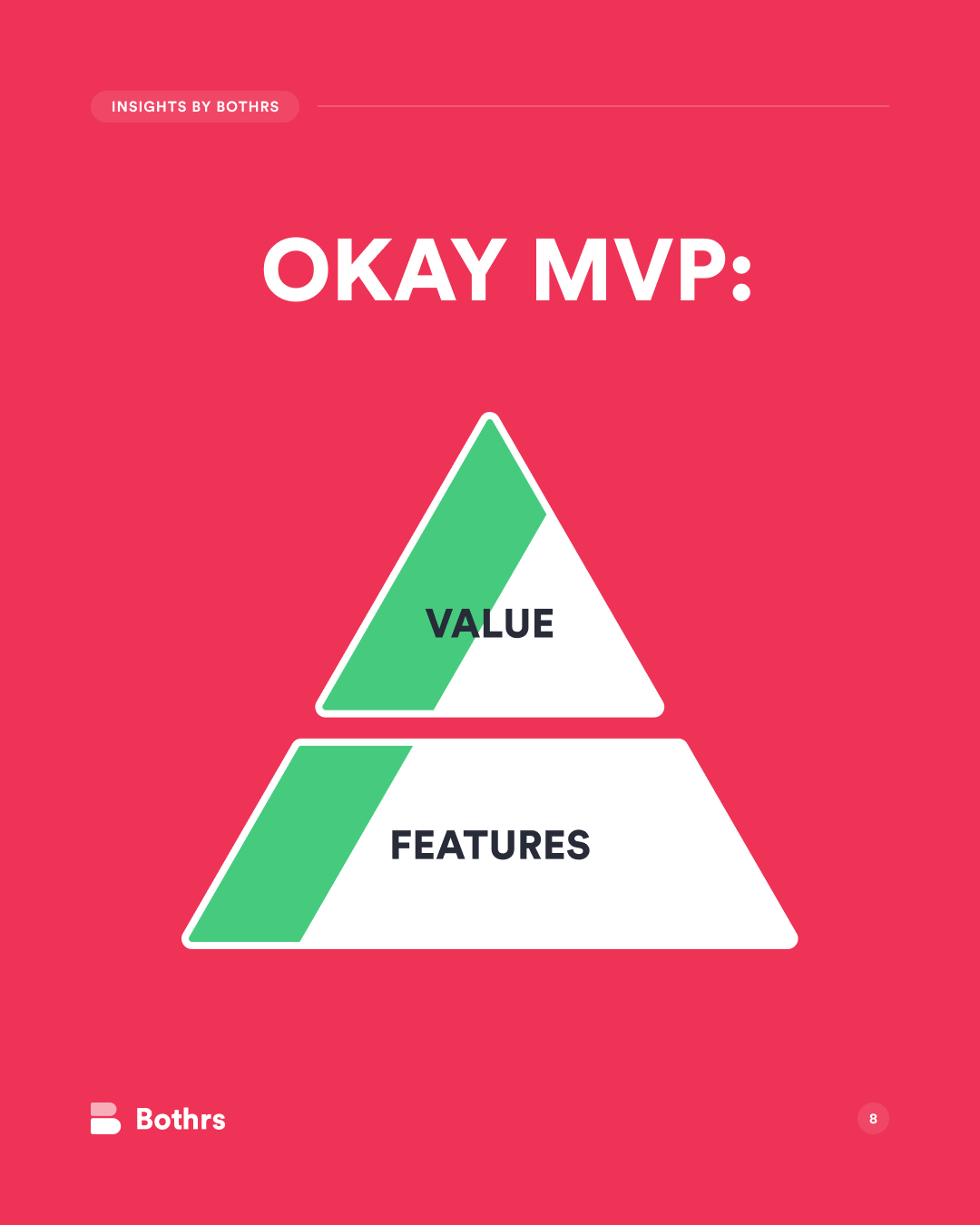 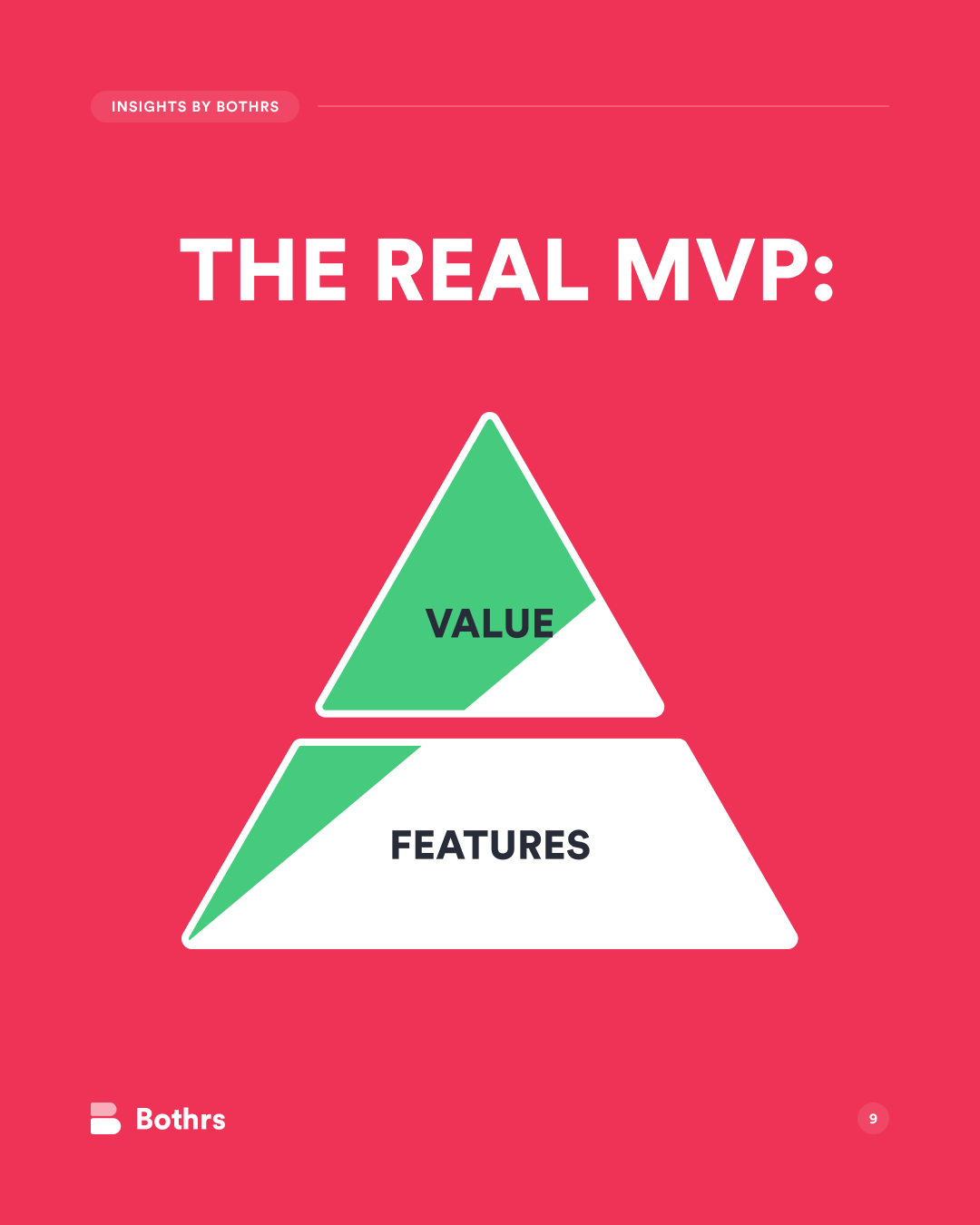 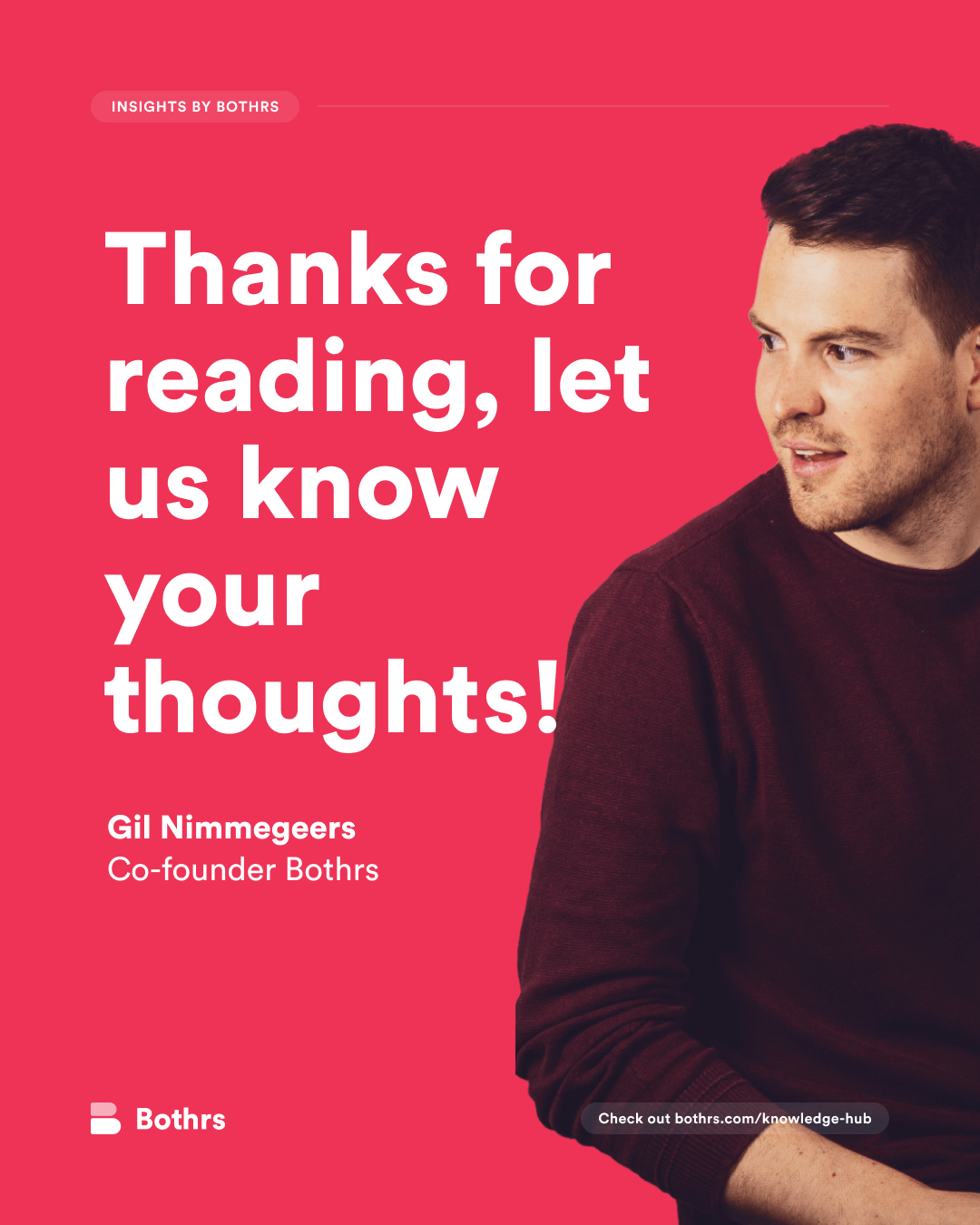 Minimum viable products, or MVPs. You may have heard of these before, but for the average dude or dudette it's tough to pinpoint what exactly they are, and why they're becoming more popular.

Here's what it boils down to:

👉 In an old-fashioned environment, people build digital products according to one, long roadmap. The end result? A (supposedly) fully-featured and finished product.

👉 In an environment like Bothrs', teams instead work in short cycles to repeatedly gather feedback after launch and course correct when needed. The end result after each cycle? An MVP.

So, the general idea is to learn the most by doing the least. Put in practice, instead of working a full year straight on dumping as many features as possible onto the Edgard & Cooper platform, we started off with branding, moved on to conversion tactics, and then created a loyalty hub to improve retention.

Building an MVP doesn't mean you're making a half-assed product, though. You merely limit yourself to only designing and building the things you want to test for, as in the key hypotheses you want to validate for your new product.

For an entire rundown on MVPs, go read The Lean Startup or The Startup Way by Eric Ries!

Here's why app clips might be the most exciting iOS 14 feature.

Here's how you can keep designers and developers more aligned.

7 takeaways from the 5th Conference on digital health

What kind of technologies should I pick for my next project?